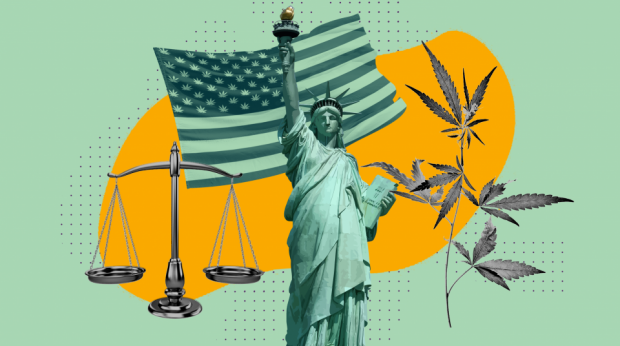 At the same time, most everyone must now acknowledge the widespread violence, death, suffering, mass incarceration, infringements on civil liberties, asset forfeiture, and racial bigotry that have come with the drug war.

But we also must never forget that America's drug laws have helped to destroy the liberty of the American people. That's because liberty necessarily entails the right to possess, distribute, and ingest anything you want, including dangerous and damaging drugs. Anyone who lives in a society that criminalizes such things cannot possibly be considered to be living in a free society.

Consider alcohol and tobacco. They both can be damaging to one's health. But liberty necessarily entails the right to drink booze and smoke cigarettes. Sure, people might approach a beer drinker and a smoker and warn him about how he's harming himself, but no one has the right to initiate force, either directly or indirectly through the state, to stop someone from drinking alcohol or smoking cigarettes.

Onement VI its a painting which sold for a price of $43.84 million.

Debunking the MSM Buffalo Shooter Narrative in under 1 minute.

What Happened to the $3.5 Billion Terra Reserve? Elliptic Follows the Bitcoin