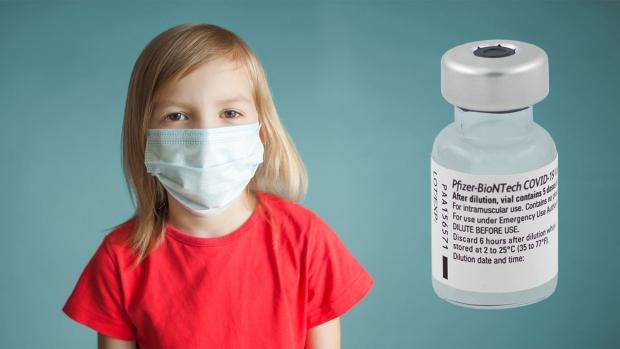 Dr Anthony Fauci, the nation's top infectious disease expert, said Wednesday that he expects the Food and Drug Administration to approve the Pfizer-BioNTech vaccine for children under the age of five as early as next month.

Fauci told Blue Star Families, a non-profit group that supports the families of U.S. service members, that he expects authorization for the shots to be extended soon.

The U.S. is already a part of a small list of countries that jabs children under the age of 12. Approving the vaccines for children as young as six months old would make U.S. kids the youngest in the world to receive the shots.

'My hope is that it's going to be within the next month or so and not much later than that, but I can't guarantee that,' Fauci said.

In December, the company announced it was extending the shots for younger children into a three dose jab, since trials found the two-dose regimen was not very effective in the age group.

The shots would also be significantly smaller. Adults and kids over 12 currently receive a 30 microgram dose of the vaccine, and children five to 12 receive a 10 microgram shot.