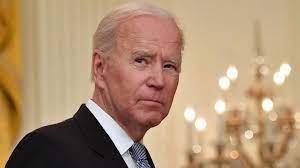 Further the White House has "notified Congress it intends to send five Mi-17 Transport Helicopters to Ukraine, officials Say," according to The Wall Street Journal.

But this weapons transfer will not be done directly, instead, it will be facilitated through third party allies - namely Estonia, Lithuania, and Latvia. The proposed plan for some further limited military assistance to Ukraine was revealed earlier this week, but as of Thursday afternoon the administration has authorized it.

CBS News is also reporting that "U.S. officials confirmed to CBS News that the Biden administration had given permission to several NATO allies to send emergency shipments of U.S.-made weapons — including anti-tank missiles — to Ukraine to reinforce the country's defenses."

The report details, coming just a day after Biden said it was his "guess" that Putin is preparing to "move in" to Ukraine, that—

State Department sources said allies including Estonia, Latvia, Lithuania and the U.K. were cleared to make "Third Party Transfers" of U.S.-made and supplied equipment to Ukraine, which one official described as part of a race "to get as much gear to the Ukrainians as quickly as possible."

We Found All the Baby Formula . . . Biden Admin Sent it all to Southern Border...

Greenwald: Biden Wanted $33B More For Ukraine. Congress Quickly Hiked To $40B. Who Benefits?