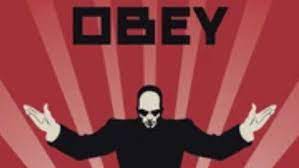 Once upon a time, there was a government so paranoid about its hold on power that it treated everyone and everything as a threat and a reason to expand its powers. Unfortunately, the citizens of this nation believed everything they were told by their government, and they suffered for it.

When terrorists attacked the country, and the government passed massive laws aimed at paving the way for a surveillance state, the people believed it was done merely to keep them safe. The few who disagreed were labeled traitors.

When the government waged costly preemptive wars on foreign countries, insisting it was necessary to protect the nation, the citizens believed it. And when the government brought the weapons and tactics of war home to use against the populace, claiming it was just a way to recycle old equipment, the people believed that too. The few who disagreed were labeled unpatriotic.

When the government spied on its own citizens, claiming they were looking for terrorists hiding among them, the people believed it. And when the government began tracking the citizenry's movements, monitoring their spending, snooping on their social media, and surveying them about their habits—supposedly in an effort to make their lives more efficient—the people believed that, too. The few who disagreed were labeled paranoid.

When the government allowed private companies to take over the prison industry and agreed to keep the jails full, justifying it as a cost-saving measure, the people believed them. And when the government started arresting and jailing people for minor infractions, claiming the only way to keep communities safe was to be tough on crime, the people believed that too. The few who disagreed were labeled soft on crime.

If You Thought The Coinbase Bankruptcy Disclosures Were Bad...

The Student Loan Crisis: Yet Another Government-Created Problem