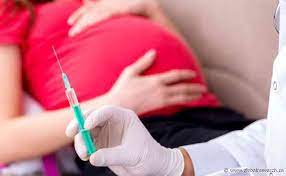 Netflix reality TV star Maya Vander told her fans last week of her devastating grief after she delivered a stillborn baby at 38 weeks of pregnancy December 9.

"Yesterday was the hardest day of my life," Vander, 39, posted on Instagram, with a picture of new baby clothes in a memory box she was taking home from hospital instead of her baby boy. "I always heard of it but never imagined I'll be part of the statistics."

Vander, a Beverly Hills real estate agent who stars on the show "Selling Sunset," had posted a photo of herself in November from a pregnancy shoot and looked the picture of health. Described as "fully vaccinated," by US magazine, Vander has two other children: Aiden, two, and daughter Elle, one.

After her loss, she wrote in Insider magazine that she had felt less movement from the baby a few days before she learned her baby had died and also that her husband and two children were COVID-positive, although she had tested negative. She said the baby, who was "perfect" and weighed seven pounds and four ounces, would be autopsied.

When a group called Public Health and Medical Professionals for Transparency asked Pfizer to share the raw data from their COVID vaccine trials and post-marketing surveillance that was used to license the injection, the pharma giant linked up with the Food and Drug Administration (FDA) to refuse the Freedom of Information Act (FOIA) requests.

In fact, the FDA (meant to serve and protect public health) hired Justice Department lawyers and went to court to shield the pharmaceutical giant from having to reveal its data – for 55 years. That's right. The FDA and Pfizer did not want anyone to see the numbers behind their COVID vaccine until 2076.

Fortunately, a judge ruled that the FDA and Pfizer would have to answer their FOIA requests. Among the first reports handed over by Pfizer was a "Cumulative Analysis of Post-authorization Adverse Event Reports" describing events reported to Pfizer up until February 2021.