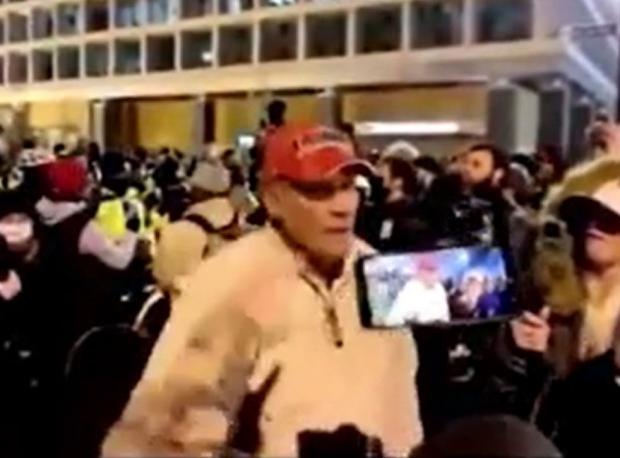 Epps, a former Marine Sergeant identified in 2011 as the "Oath Keepers Arizona Chapter President," was caught on film on January 5th and 6th encouraging protesters to enter the Capitol. Many of the attendees pushed back against Epps, with some even shouting that he was likely a 'fed.'

Yet, Epps remains uncharged for his role in instigating the Capitol breach - despite the fact that dozens of people who followed his promptings are currently rotting in jail while awaiting trial.

Speculation that Epps was a 'fed' intensified after a Revolver News report with the headline: "Meet Ray Epps: The Fed-Protected Provocateur Who Appears To Have Led The Very First 1/6 Attack On The U.S. Capitol"

Revolver also determined, and will prove below, that the the FBI stealthily removed Ray Epps from its Capitol Violence Most Wanted List on July 1, just one day after Revolver exposed the inexplicable and puzzlesome FBI protection of known Epps associate and Oath Keepers leader Stewart Rhodes. July 1 was also just one day after separate New York Times report amplified a glaring, falsifiable lie about Epps's role in the events of January 6.

Lastly, Ray Epps appears to have worked alongside several individuals — many of them suspiciously unindicted — to carry out a breach of the police barricades that induced a subsequent flood of unsuspecting MAGA protesters to unwittingly trespass on Capitol restricted grounds and place themselves in legal jeopardy. -Revolver News

As speculation over Epps grew, Rep. Adam Kinzinger (R-IL) claimed that Epps had "cooperated with the Jan 6 committee," and was removed from the FBI's most wanted list "because apparently he broke no laws."

Once again, here's Epps 'not breaking any laws'...