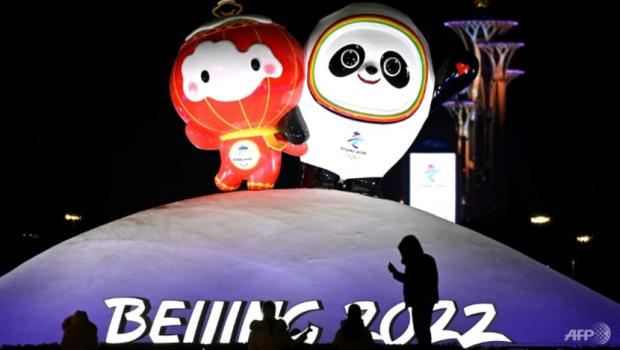 The same week that Western media outlets and privacy advocates have issued warnings that athletes who bring their personal smart phones to Beijing's winter Olympic games will leave themselves open to Chinese state surveillance, given that a new app developed by Beijing to track Olympic athletes' health data has been found to have several startling security flaws, top China officials have a message of their own...

"A member of China's Olympics organizing committee warned that foreign athletes may face punishment for speech that violates Chinese law at the 2022 Winter Games, spotlighting concerns about the country's restrictions on political expression," The Washington Post writes Wednesday.

Yang Shu, an official on the Beijing Organizing Committee, told a Tuesday news briefing that "Any expression that is in line with the Olympic spirit I'm sure will be protected." However he stipulated, "Any behavior or speech that is against the Olympic spirit, especially against the Chinese laws and regulations, are also subject to certain punishment."

Despite the International Olympic Committee (IOC) also maintaining a firm prohibition against the games being turned into a venue for political protest, the United States has of late lobbied for athletes being allowed to highlight global human rights issues in a "respectful" way.