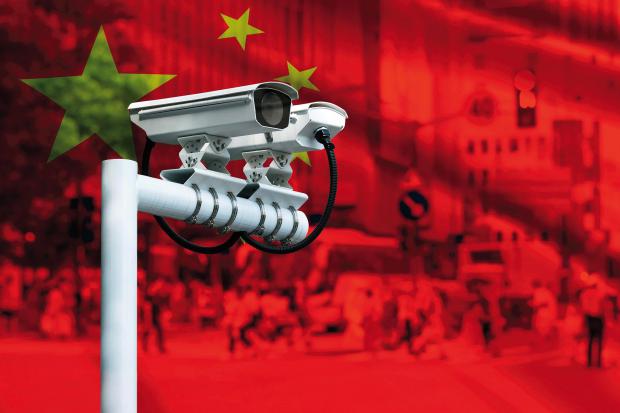 Athletes competing at the Winter Olympics in Beijing next month have been issued a stark warning that they will be under 'Orwellian' levels of surveillance by the Chinese state.

The assessment was made on Tuesday by a Human Rights Watch panel, which has repeatedly criticised the forthcoming Games as a 'sportswashing' exercise designed to conceal China's 'abysmal human rights record'.

In urging caution among competitors at the Games, Dr Sophie Richardson, the China director for Human Rights Watch, said: 'One of the features of the 2008 Olympic Games (in Beijing) was the authorities' use of what was then considered high technology.

'That pales in comparison to the Orwellian surveillance state the authorities use across the country now, where tools like AI and predictive policing, big data databases, extensive surveillance of social media, keeps people from engaging in certain types of conversation.

'Anyone who is travelling to the country for these Games - journalists, athletes, coaches – needs to be aware that this kind of surveillance could actually affect them too.'

Team GB, which is expected to feature around 50 athletes, have already offered their delegation temporary phones because of spying fears.

There are also serious concerns in the wider sporting community about athletes using the Olympic platform to flag human rights issues, owing to what HRW termed as Chinese 'crimes against humanity' in relation to the Uyghur population Xinjiang.