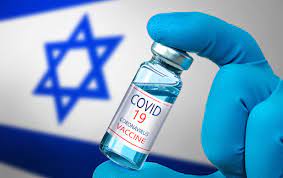 A top immunologist in Israel criticized mass vaccination for COVID-19 and blasted officials who have "branded" the unvaccinated "as spreaders of the disease" in a powerful letter to the Israeli Ministry of Health.

The letter, written by Professor Ehud Qimron, head of the Department of Microbiology and Immunology at Tel Aviv University, picks apart vaccine-focused COVID strategies embraced by governments around the world, which Qimron derided as "doomed to fail."

"Two years late, you finally realize that a respiratory virus cannot be defeated and that any such attempt is doomed to fail," he wrote to the Israeli health ministry. "You do not admit it, because you have admitted almost no mistake in the last two years, but in retrospect it is clear that you have failed miserably in almost all of your actions, and even the media is already having a hard time covering your shame."

What we know about the spread of MONKEYPOX so far

"There Will Be Blood" - Elon Musk Announces Litigation Department Amidst Allegations

Another orchestrated health crisis in the works?

Monkeypox: 'Fool Me Twice, Shame On Me'

Bush Is Biden Is Bush

Bush Is Biden Is Bush

'Something weird' is going on with our universe:

Credit Market Warnings Are Piling Up