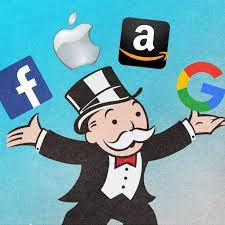 "Hazard Harrington" writes from the inside of Big Tech about the terminal decline, the dark moods, despondency and lack of productivity. When the most exulted culture at work are the most victimized, the miserable workers share their misery and nobody gets anything done.

Wokeness is that dead end where everyone can blame everyone else, and no one, apart from white men, can be sacked. So the people who can't compete collect in a kind of Sargasso sea of civilization.

@HazardHarringto from Inside Big Tech

… COVID/WFH [Working From Home] has totally broken people. They are fundamentally weak, often with no social support outside of work. They're the people with no children, no spouse. Only a dog or cat for emotional support.

There's constant talk, even now, about how hard things are for everyone. Often meetings start with going around the room to ask "How is everyone feeling?" Literally everyone else went on sad rants about their lives. "I'm so MAD a white supremacist shot 3 black men in Kenosha!"

It's bad to feel good:

It's toxic. When it got to me, I said "Good." and then a (((lady engineer))) literally proposed that we should not be allowed to answer the question positively. I shit you not. I think it hurt her that I wasn't as miserable as her.

She made some argument about "vulnerability". These people not only want you weak, they want you to expose your vulnerabilities to them so they can exploit them. They may not intend this explicitly, but whatever twisted ideology they worship ends with this result.

So back to morale. Everyone is demoralized. This may surprise you, since Big Tech is extremely well paid and has been able to WFH throughout the past 2 years. They've been given extra days off, extra stipends, bonuses, etc. They never had to fear being laid off.

A severe pilot shortage in the U.S. leaves airlines scrambling for solutions