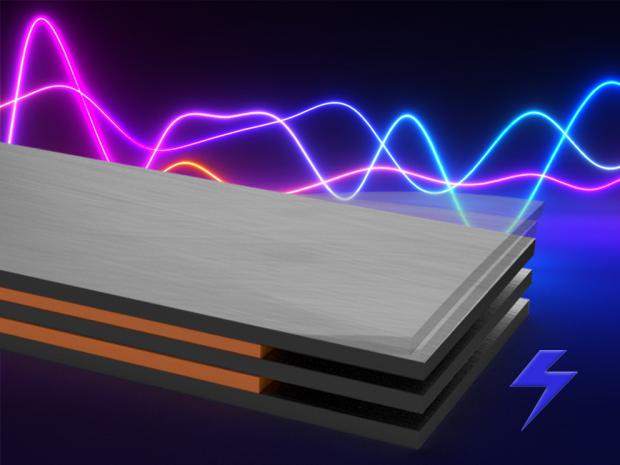 In a study conducted at the University of Connecticut, a team led by Asst. Prof. Thanh Nguyen and postdoctoral fellow Yang Liu explored the use of a "tissue scaffold" made out of nanofibers of a biodegradable polymer known as poly-L lactic acid (PLLA). It had previously been used to accelerate the healing of broken bones.

So-called tissue scaffolds take their name from the fact that they have a scaffolding-like three-dimensional internal structure, which acts as a sort of roosting place for adjacent cells to migrate into and reproduce. Eventually, the scaffolding dissolves and is replaced entirely by the cells, resulting in a solid piece of biological tissue.

Unfortunately, according to the scientists, joint cartilage that has been regrown using conventional scaffolds has tended to be weaker than the original cartilage, causing it to quickly break down under regular use. That's where the PLLA comes in.

Along with being biocompatible, it's also a piezoelectric material, meaning that it produces a small electrical current when mechanically stressed. Therefore, it was believed that if a tissue scaffold made of the material were to be implanted in an arthritic knee joint, it would continuously produce cartilage-boosting electricity as it was squeezed during activities such as walking.

In order to test that theory, pieces of the material were placed in the injured knee joints of rabbits, which regularly hopped on a slowly-moving treadmill. It was found that after one to two months, strong, robust cartilage proceeded to grow back within the joints. By contrast, a control group that received non-piezoelectric tissue scaffolding experienced little healing of the damaged cartilage.

COVID Lab-Leak Whitewash Has Been 'The Death Of Science' Says Professor...

A Review of the Science

Science: What it Is, What It Isn't

Show One Hundred And Forty Eight