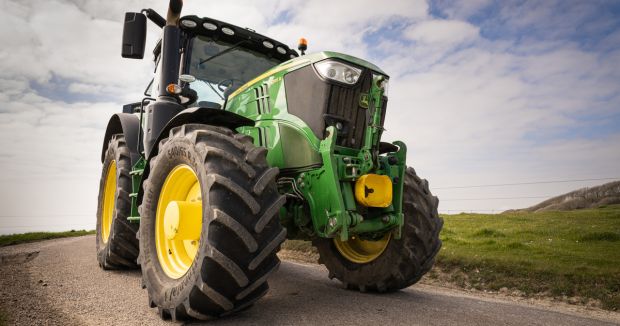 A class action lawsuit filed in Chicago has accused John Deere of running an illegal repair monopoly. The lawsuit alleged that John Deere has used software locks and restricted access to repair documentation and tools, making it very difficult for farmers to fix their own agricultural equipment, a problem that Motherboard has documented for years and that lawmakers, the FTC, and even the Biden administration have acknowledged.

"Farmers have traditionally had the ability to repair and maintain their own tractors as needed, or else have had the option to bring their tractors to an independent mechanic," the lawsuit said. "However, in newer generations of its agricultural equipment, Deere has deliberately monopolized the market for repair and maintenance services of its agricultural equipment with Engine Control Units (ECUs) by making crucial software and repair tools inaccessible to farmers and independent repair shops."

John Deere has increasingly moved toward implementing software locks tied to repair parts that make it difficult for farmers and independent mechanics to fix tractors without specialized software or access from John Deere. It has also lobbied heavily against proposed legislation that would prevent some of the arbitrary locks Deere and other companies put on their devices. In recent decades, the tractor maker has added software suites to its tractors and other farm equipment that provide helpful services, but also give the company a measure of control over how the farmer uses the machine. If a farmer wanted to fix their own John Deere tractor, they often had to hack it to circumvent the company's software locks.

Dr. David Martin Explains How to Use the Law Against Covid Vaccine Coercion