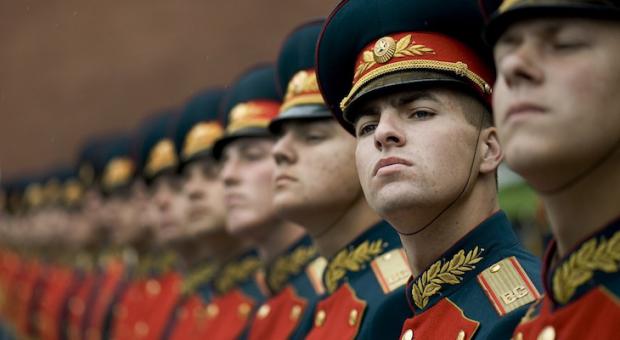 An ultimately very healthy but in the meantime very unpleasant realization is gradually dawning in West—an insight that is simply shocking, that fundamentally alters their picture of the world: that the stronger becomes the hurricane of woke transformations that is raging there, the more attractive Russia becomes for hundreds of millions of Europeans and Americans. What is Russia's most powerful weapon? Is it nuclear? Is it hypersonic (or "hydrosonic," as per Trump)? Cybermagic, perhaps? No, Russia's most powerful weapon is its values. And it grows stronger and more dangerous every day, in direct proportion to the intensifying fire of multiculturalism and political correctness that is raging in Europe and in America.

A recent article in The National Interest summarized various American authors who claim that the Kremlin is gradually developing its strategy of soft power and using it to successfully fight the West, splitting it and undermining it from within. What is the cause of their paranoid hysteria? Could it be that they have accidentally discovered who their true enemy is, and that it is… they themselves?

The simplest and most effective way to knock a geopolitical adversary out of the game is to impose on it a system of values ??that will split its society and lead the most active part of its population to occupy public buildings, to erect barricades and to support a pretender to the throne that is immediately given support and recognition by the country's enemies. This is how all color revolutions of the late 20th and the early 21st centuries have been done: broadcast some propaganda, recruit some activists, help them to organize, provide some clandestine financial support, and then at some point this human mass, confident in their strength and their righteousness, surges through the police barriers and goes on to create history by overthrowing some faux-democrat petty tyrant, clearing the path for the next faux-democrat petty tyrant to be installed, with the country growing weaker, poorer and more disordered with each iteration. The process starts with the conversion of some significant part of the target population to "universal human values" with secular proselytizing of the "one true democratic faith."

Biden orders 8,500 US troops to prepare to DEPLOY to Eastern Europe to fend off Russia:

As warmongers in the White House escalate tensions with Russia...

Will the Biden Regime's War of Words on Russia Turn Hot Ahead?