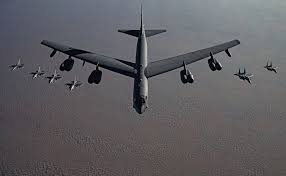 "Defense Minister Benny Gantz and Mossad chief David Barnea will push during their meetings this week in Washington with senior Biden administration officials for the United States to carry out a military strike on Iranian targets, Israel's three main TV news broadcasts reported Sunday night," The Times of Israel reports.

Beginning days ago, and for the first time, the Israeli government shifted its stance on the Vienna nuclear talks. While it's long been on record as opposing a restored Joint Comprehensive Plan of Action (JCPOA) deal, Tel Aviv is urging for the complete abandonment of any level of dialogue between Washington and Tehran whatsoever.

Last Thursday, Israeli Prime Minister Naftali Bennett told Antony Blinken that "Iran is engaged in nuclear blackmail as a negotiation tactic — this must lead to an immediate suspension of the talks in Vienna and to harsh retaliation steps by the world powers." Over the weekend after the latest rounds of talks were concluded, US officials continued to question Iran's "seriousness" - saying the US is running out of patience amid persistent Iranian efforts to get all Trump era sanctions dropped.

In the coming days of meetings between Gantz and US counterparts in Washington, the Israelis are expected to push to initiate a muscular "Plan B" which will seek to use limited military action on Iranian assets in the Middle East region to force Tehran's hand at the negotiating table. The Times of Israel details:

According to the reports, which did not cite sources, Gantz and Barnea will urge their American interlocutors to develop a "Plan B" vis-a-vis Iran, seeing the stalled nuclear talks in Vienna as an opportunity to press the US to take a more aggressive stance toward the Islamic Republic.

Along with calling for tougher sanctions, the Israelis will reportedly ask the US to take military action against Iran.

A load of hot air:

Insane In The Ukraine

Biden Family Made $31 Million From Individuals With 'Direct Ties To Chinese...'