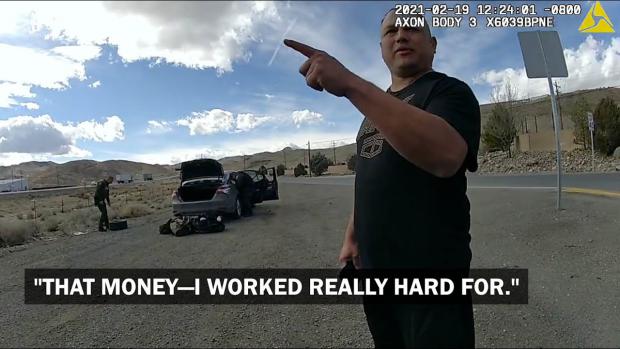 Stephen Lara did everything right. But, as subscribers of our YouTube channel know well, even innocent people aren't safe from civil forfeiture.

Stephen is a 39-year-old retired Marine from Lubbock, Texas. He is a devoted father of two teenage daughters and, once a month, he drives from Texas to see them in California, where they live with their mother. Eager to be closer after spending the pandemic in Texas caring for his elderly parents, he has been shopping for a home near the California-Nevada border.

In February 2021, Stephen was making his usual trip west through Reno when he was pulled over by the Nevada Highway Patrol for supposedly following a tractor-trailer too closely.

The officer complimented Stephen's driving, thanked him for observing the speed limit, and explained that NHP was "conducting a public information campaign" to help drivers avoid danger. Confident that the officer was only there to help, Stephen cooperated with his escalating investigation, even volunteering that he was carrying a large amount of cash.

Ninety minutes later, Stephen had been robbed of his life savings—$86,900—which he carried with him after a spate of robberies in his parents' neighborhood. The officer who pulled Stephen over wanted to let him go; he was overruled by NHP Sergeant Glenn Rigdon, who ordered the money seized specifically so that it could be "adopted" by the U.S. Drug Enforcement Administration.

Bill Maher: I Don't Want To Live In Your Mask Paranoid World Anymore

China flies 39 warplanes towards Taiwan as tensions with island rise

Google deceived consumers about how it profits from their location data...

The Covid Deception Is a Power Grab

Tesla Cybertruck Arrives At Giga Texas Ahead Of Product Roadmap

Biden orders 8,500 US troops to prepare to DEPLOY to Eastern Europe to fend off Russia: