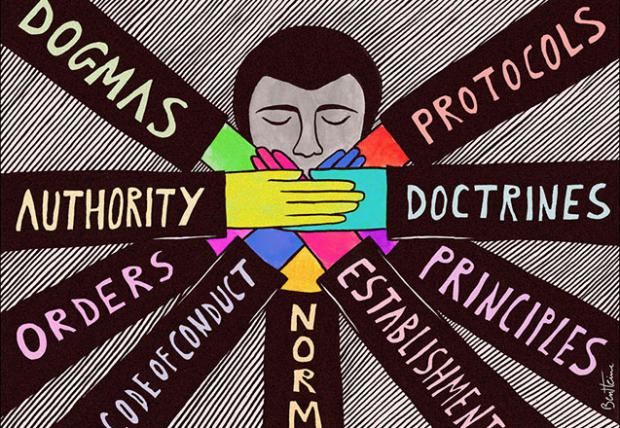 For example, the Wall Street Journal reports that when Cornell reached out to alumnus Carl Neuss for a seven-figure check, he responded by saying he was "worried about what he saw as liberal indoctrination on campus and declining tolerance toward competing viewpoints."

So, it turns out it isn't the snowflakes that head out into the real world and make the millions, we guess?

When the school put Neuss in touch with their "moderate" political staff, the staff complained that they were "humiliated" by the diversity training that the school mandates.

"If you say the wrong words, you could lose your position or be shunned," Neuss told the WSJ.

Joel Malina, Cornell's vice president for university relations, told the paper that "robust debate and a discussion of all views remain hallmarks of the Cornell experience both in and out of the classroom."

Instead of donating, Neuss then helped start the Cornell Free Speech Alliance - described by the WSJ as "one of about 20 such dissident alumni organizations that have taken root on college campuses over the last couple of years."

John Craig, who is head of a group at Davidson College in North Carolina called Davidsonians for Freedom of Thought and Discourse, commented: "This is a battle for our culture and, in many ways, for Western civilization."

Some of these organizations have "watch lists" for liberal professors who groups believe advocate their own ideologies in place of encouraging debate.

An organization called the Generals Redoubt started by alumni at Washington and Lee University in Virginia sent out 10,000 emails asking alumnus to "suspend contributions to the university until this situation is rectified."

Washington and Lee President Will Dudley responded: "We're living in an environment where people on both sides, right and left, are engaged in a culture war and they want to use universities. I don't find that beneficial to our mission and I'm not interested in being a participant in it."