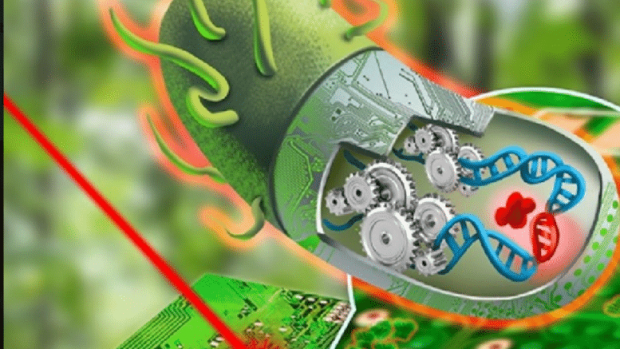 Technocrat/Transhuman scientists define synthetic biology as "the design of novel biological components and systems" and "the re-design of existing biological systems." This means AI-assisted genetic engineering to create new or modified life forms. This is why the UN has called for a complete mapping of all DNA on earth to be used as a global commons database.

In my October 24 article, Global Blueprint Exposed: The Takeover Of All Genetic Material On Earth, I concluded,

Mapping of the human genome took most of the 1990s. Mapping the human brain, which started in 2010, is virtually complete. Now, mapping all DNA on earth, including human DNA, is the next big Technocrat/Transhuman dream. The outcome will be genetic manipulation of any or all living creatures and the creation of synthetic DNA that does not currently exist in nature.

Does the world really want synthetic life forms floating around and mixing with native species? Consider then that this is exactly the case with mRNA and DNA vaccines, which are genetically engineered to create substances not found in nature in the first place. Pandora's Box has already been opened. ? TN Editor

Redesigning organisms for other purposes is a new field of scientific endeavor known as synthetic biology. According to a report by the World Economic Forum, expect to see (and hear) more about it as scientists look to reset humanity's future and the "bio-economy" on the back of coronavirus vaccine research.

The study was released Thursday by the Switzerland-based WEF, and proclaims a scientific human reset is near because "Synthetic biology lies at the intersection of an ageing population, climate change and environmental degradation."

It sets out what it calls the "bioeconomy" that covers all sectors and systems that rely on biological resources (animals, plants, microorganisms, and derived biomass, including organic waste) as well as their functions and principles.

The study points to synthetic biology interlinks between economic and industrial sectors such as food, health, chemicals, materials, energy and services that use biological resources and processes – pretty much everything that sustains and underlines human endeavour.

DNA has its role as well.

The Tech Revolution NO ONE is Talking About

Trade deficit in goods tops $1 trillion in 2021 for first time as U.S. gobbles up imports