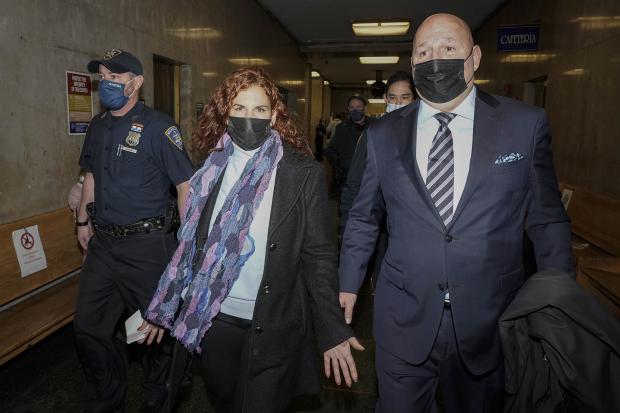 A white NYC woman who plowed her BMW through 50 Manhattan BLM protestors last year has refused a plea deal and will now stand trial, even as protesters call her a female Kyle Rittenhouse.

Kathleen Casillo, 53, appeared in Manhattan Criminal Court on Wednesday after she was accused of driving into the pedestrians during the protest at the intersection of 39th Street and Third Avenue on December 11, 2020.

Casillo, of Howard Beach, Queens, has claimed the demonstrators had come up to her car and called her 'a white privilege b**ch' before banging on the vehicle. She told police at the time she had panicked and hit the gas as they started banging on the car and trying to pry open its doors.

Damage to the 2019 black BMW sedan is clearly visible in photos from the incident.

She was offered a deal which would have seen her complete six days community service, and have her license suspended for a year, but turned it down, meaning a jury will now decide the matter.

Casillo was issued no more than a desk appearance ticket for the incident and was released only hours after her arrest. Her 29-year-old daughter was also in the car at the time, but was not charged.

Casillo was also charged with reckless assault in the third degree on February 22.

She is now due back in court on January 28.

DailyMail.com has reached out to Casillo and her attorney, Oliver Storch, for comment.

SCOTUS to rule on Harvard affirmative action scheme that 'discriminates against Asian students..