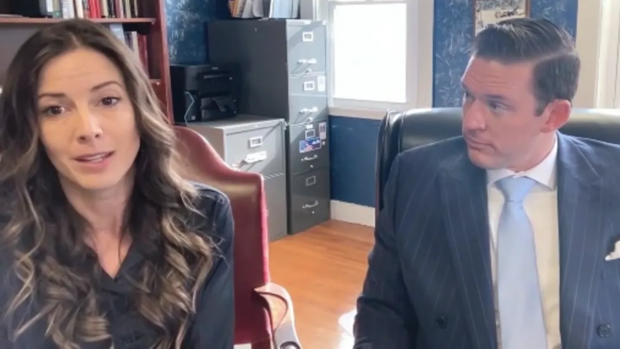 First off I want you to know you're a hero of mine. Your column has helped me so much make it thorough all the COVID propaganda. I really am thankful for that and share it with as many as possible.

I thought this story may interest you. I try not to get too long winded, there's a lot more, however.

I also have my own law practice here in Hillsdale, MI, priding myself on defending individual rights and taking on the state. This is so even when it's a "hard" case/ one others won't touch because it doesn't seem lucrative, if I believe in the individual or cause behind it, I will take it. For instance, I am one of the few attorneys in Michigan willing to take on the totalitarian COVID regime, currently in a suit in federal court against the health dept.

That is why I am contacting you. One of my clients, Erin Chaskey, is an incredible mother, and without going through the whole story (which I'm happy to do if you are interested), she had heard rumors that her son's high school had been teaching CRT, insanely biased curriculum including praising Che and saying "voting for trump is like voting for Hitler", and even this same teacher making fun of an autistic student and bullying him in front of the class for going on a conservative radio show. Ms. Chaskey was disgusted by the long chain of abuses and sought answers, but was stonewalled by the school, even though they were in violationof their own policies.They went on to violate FOIA law after she started going through that avenue, and her speaking up at school board meetings provided no answers either.

It's a long story(which Im happy to detail), but she was eventually set up for a FELONY eavesdropping charge when she stumbled into the office and heard them talking abouther,as well as admitting to many of the things they had blatantly lied to her about for over a year.

The next day her phone was confiscated pursuant to a laughably unlawful search warrant. She was later banned from school property – which really devastated her, and to this day devastates her more than anything else, because she can't see her son's sporting events or be involved like she was before as a mother.

That's when she made the hike 5 hours all the way down to Hillsdale to seek help from yours truly. We filed a civil action to get her phone back, get her back on the property, alleging foia violations, defamation, among other things. Well low and behold – the day AFTER we filed the suit, criminal charges were filed. A mother who had never had so much as a speeding ticket now facing a felony – Clearly in retaliation, and an effort to shut her up. I believe in her so much I'm not charging a dime, just using a Christian version of gofundme to cover expenses, because what they've done to her is so wrong.

Government Price Controls Never Work - Why Are They Ever Used?

Capitulation Bloodbath: Stocks Crash After Most Negative Opening TICK Of 2022...

DEFEAT THE MANDATES IN D.C.: AN AMERICAN HOMECOMING