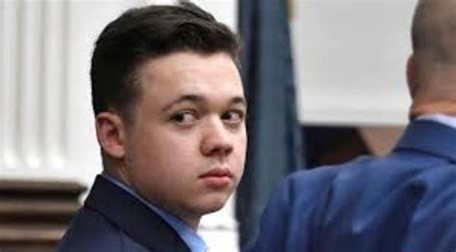 Over the next fifteen months, up to and including his acquittal by a jury of his peers on all charges, this label was applied to him more times than one can count by corporate media outlets as though it were proven fact. Indeed, that Rittenhouse was a "white supremacist" was deemed so unquestionably true that questioning it was cast as evidence of one's own racist inclinations (defending a white supremacist).

Yet all along, there was never any substantial evidence, let alone convincing proof, that it was true. This fact is, or at least should be, an extraordinary, even scandalous, event: a 17-year-old was widely vilified as being a white supremacist by a union of national media and major politicians despite there being no evidence to support the accusation. Yet it took his acquittal by a jury who heard all the evidence and testimony for parts of the corporate press to finally summon the courage to point out that what had been Gospel about Rittenhouse for the last fifteen months was, in fact, utterly baseless.

A Washington Post news article was published late last week that was designed to chide "both sides" for exploiting the Rittenhouse case for their own purposes while failing to adhere carefully to actual facts. Ever since the shootings in Kenosha, they lamented, "Kyle Rittenhouse has been a human canvas onto which the nation's political divisions were mapped." In attempting to set the record straight, the Post article contained this amazing admission:

As conservatives coalesced around the idea of Rittenhouse as a blameless defender of law and order, many on the left just as quickly cast him as the embodiment of the far-right threat. Despite a lack of evidence, hundreds of social media posts immediately pinned Rittenhouse with extremist labels: white supremacist, self-styled militia member, a 'boogaloo boy' seeking violent revolution, or part of the misogynistic 'incel' movement.

'On the left he's become a symbol of white supremacy that isn't being held accountable in the United States today,' said Becca Lewis, a researcher of far-right movements and a doctoral candidate at Stanford University. 'You see him getting conflated with a lot of the police officers who've shot unarmed Black men and with Trump himself and all these other things. On both sides, he's become a symbol much bigger than himself.'

Soon after the shootings, then-candidate Joe Biden told CNN's Anderson Cooper that Rittenhouse was allegedly part of a militia group in Illinois. In the next sentence, Biden segued to criticism of Trump and hate groups: 'Have you ever heard this president say one negative thing about white supremacists?'

Watch: Fauci Declares It "Entirely Conceivable" That A Fourth Booster Vaccine Will Be Need

The Future of Fake News is Here