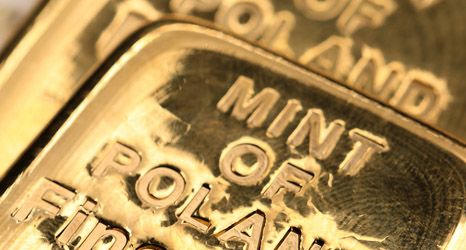 As SchiffGold.com details below, the National Bank of Poland began aggressively adding gold to its reserves in 2018. Through the first half of 2019, the Polish central bank added more than 100 tons of gold, nearly doubling its reserves.

The Bank of Poland currently holds around 230 tons of gold. The country's gold holding rank as the 23rd largest in the world. Gold makes up about 6.5% of the Bank of Poland's total assets. That is similar to the percentage of gold held by the US and Germany.

Why does the Bank of Poland hold gold?

In a nutshell, Glapi?ski said it is a matter of financial security and stability.

Gold will retain its value even when someone cuts off the power to the global financial system, destroying traditional assets based on electronic accounting records. Of course, we do not assume that this will happen. But as the saying goes – forewarned is always insured. And the central bank is required to be prepared for even the most unfavorable circumstances. That is why we see a special place for gold in our foreign exchange management process."

He went on to discuss some of the benefits of gold as a monetary asset.

After all, gold is free from credit risk and cannot be devalued by any country's economic policy. Besides, it is extremely durable, virtually indestructible."

A World Gold Council survey found that there is deteriorating faith in the US dollar and a continuing trend toward de-dollarization.

Respondents continue to foresee long-term structural changes in the international monetary system, continuing a trend indicated in last year's survey. Views toward the US dollar trended downward, with half of respondents saying the greenback will fall below its current proportion. Central banks continue to think that the Chinese renminbi's proportion will increase, with 88% saying that it will grow beyond current levels."

Glapi?ski hinted this was one of the reasons Poland continues to add gold to its reserves.