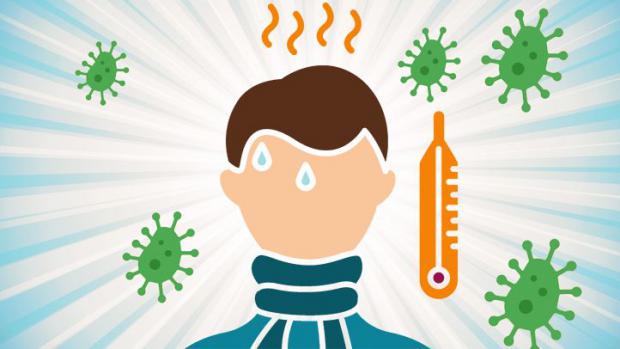 The Centers for Disease Control and Prevention (CDC) is warning that the U.S. will experience a flu season this year.

Most states are reporting low or minimal flu activity and not very many cases have been reported to date.

During the 2020-21 season, there were very few infections reported in the country due to strict lockdowns, widespread mask-wearing, school and business closures and social distancing measures in place.

But with fewer children vaccinated against influenza compared to last year and outbreaks already seen on college campuses, federal officials told CNN that there will be a flu season, even if not as bad as past seasons.

'That gives us the idea that flu season may be starting.'

According to the CDC, flu activity was 'unusually low' during the 2020-21 season.

At Wayne State University in Detroit, Michigan, researchers looked at data from Detroit Medical Center for the 2019-20 and the 2020-21 flu seasons.

They found that very single one of the 6,830 tests administered for adults, and the 1,441 for children came back negative for Influenza A and Influenza B during the 2020-21 flu season compared to as high as 20 percent during the 2019-20 season.