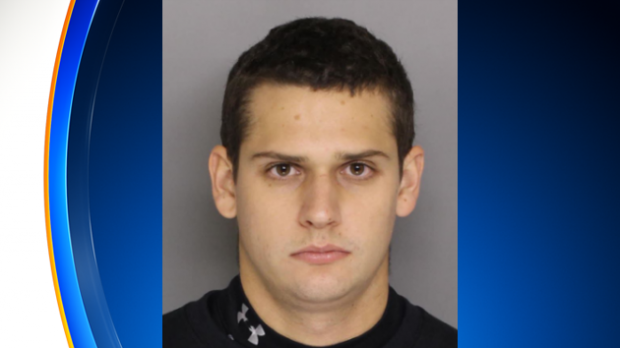 A Maryland police officer convicted of raping a woman after offering her a ride home from a bar and assaulting another woman will not have to serve any prison time after a lenient judge ruled the rape victim did not suffer any 'psychological injury.'

Westerman, 27, was convicted in August of two counts of second-degree rape and related charges for attacking a 22-year-old woman in October 2017. He was also found guilty of second-degree assault of another woman in June 2019.

But at Friday's sentencing, Truffer threw out one of the convictions, saying he had intended to find him guilty on only one rape count, after concluding that there was no evidence that the 22-year-old victim suffered psychological damage.

He then combined the sentences for the remaining five counts into one and imposed a 15-year prison term on Westerman, but suspended all but four years, which the disgraced cop will be allowed to serve at home while appealing his convictions.

WBAL-TV reported that the judge also sentenced Westerman to a single day in jail for the second-degree assault of the victim in the 2019 case for what he described as a 'boorish' act, prosecutors said.

Baltimore County State's Attorney Scott Shellenberger said Westerman most likely will not spend any time behind bars beyond that one day because the appeals process is lengthy, reported Baltimore Sun.

The Left is Normalizing Pedophiles? A Special News Report