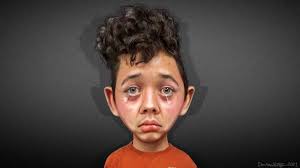 However, advocates on both sides may be overstating the basis for a Rittenhouse 2.0.  These lawsuits can come with risks and considerable costs. That is why Voltaire once lamented "I was never ruined but twice: once when I lost a lawsuit, and once when I won one."

RITTENHOUSE AS A FUTURE DEFENDANT

Immediately following the verdict, House Judiciary Committee Chairman Jerry Nadler called for the Justice Department to investigate the "miscarriage of justice." Others have called for a federal civil rights case against Rittenhouse.

The Justice Department does not have an office for the prosecution of "miscarriages of justice" due to errant jury decisions. Rittenhouse was acquitted on state charges by a state jury. Moreover, while some have called for reducing self-defense protections, the jury applied the law on the books. It is not allowed to simply ignore the law to seek its own criminal justice rules. The Rittenhouse jury faithfully applied the Wisconsin law and came to a well-founded verdict of acquittal. It is a dangerous precedent to investigate jury decisions simply because you disagree with their decisions.

There is also no clear basis for a civil rights prosecution. Rittenhouse is white and shot three white men. He was not accused of a hate crime. Moreover, he is not a member of law enforcement or government agency, so he did not deprive anyone of their civil rights under federal law.

HUGE! They're Hiding The Truth About Her Trial!

'Race for the most woke company marches on':

Me Trying to Hire Lin Wood, and Revisiting Kyle's Allegations About Lin

The Kyle Rittenhouse Case - 7 Things You Should Know!

Waukesha and Kenosha Are Connected by Time, Geography and Intent to Create...

Media Silence: Black Man Who Shot At Cops Acquitted For Acting In Self-Defense...