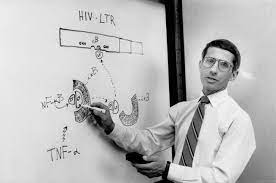 These studies were funded, in whole or part, by the National Institute of Allergy and Infectious Diseases, a federal agency headed up by Anthony Fauci since 1984.

In 2014, investigative reporter, Liam Scheff, wrote an article at omsj.org, looking back on the orphan scandal. Ten years earlier, he had broken the story, and was then subjected to multiple attacks in the press.

Here is Liam's 2014 article. As you read it, remember where the funding for the orphan drug trial came from:

"In reporting this issue, I entered the orphanage where children were being used as guinea pigs, and over a period of several years, took interviews with mothers, children and childcare workers at the Incarnation Children's Center. I also interviewed the medical director, and investigated the FDA documentation and published medical literature on the tests and drugs used, drugs which were often force-fed through nasal and gastric tubes to the children. I reported several deaths in children, and although the mainstream denied that any deaths were due to drug toxicity, they admit that over 200 children died."

Americans Who Wish to Survive This New Era, Have a New Prime Directive

The Bill Gates Foundation is a $300 million dollar media Octopus

Vaxx Trial Fraud: Pfizer Whistleblower Exposes How Your Government Is Captured By...