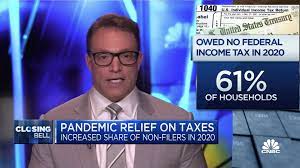 They are rewarded for this staggering largess by being told they need to "pay their fair share." Their "fair share," one might logically surmise, would be around 39% of the federal income taxes paid, not 100%. The top 20% of income earners pay about 67% of federal taxes. "Progressive," you know. They should be lauded as pillars of the community, as not only the most productive, but the most charitable folks in society. (Whether they wanted to be or not.) Instead, they are called "greedy" by the self-same people who receive the benefits of this mass income redistribution.

If you make a lot more money than I do, have more wealth than I do, and you are made to give me a bunch of it, how is it that I could possibly get away with calling you greedy? Am I not the greedy -- or at least ungrateful -- one?

Then there are the top 1%, who alone pay nearly 40% of all federal income taxes. In a logical world, I'm sure they would love to pay "their fair share" of taxes. Instead, they are openly and arbitrarily shaken down. And reviled. Eat the rich.

And now taxpayers are supposed to fund free stuff for those who are here illegally. And watch as crime skyrockets due to insane policies that favor criminals over the police.

1 Comments in Response to 61% Of Americans Paid No Federal Income Taxes In 2020 - Who's Greedy?

Many are baby boomers on social security.