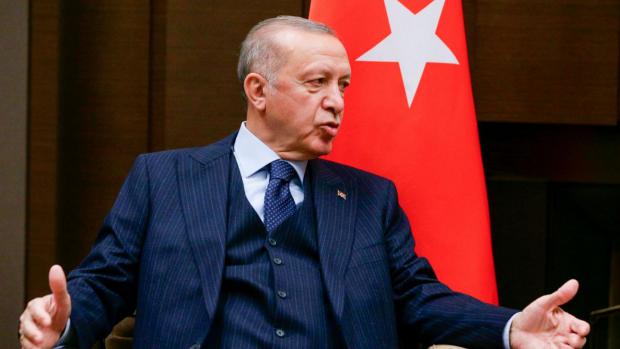 "I told my foreign minister to declare these 10 ambassadors as persona non grata as soon as possible," Erdogan said in fresh statements. The day prior he had lashed out at the United States and European countries for their joint statement Monday demanding the immediate release of billionaire philanthropist and businessman Osman Kavala, who has been in Turkish custody since 2017.

The persona non grata designation is against the ambassadors of US, Germany, France, Canada, Denmark, Finland, the Netherlands, Sweden, Norway, and New Zealand.

According to Germany's Deutsche Welle:

The Turkish president did not clarify whether his order meant that the diplomats — who he accused of "indecency" — would be ordered to leave the country.

However, he added that: "They must leave here the day they no longer know Turkey."

The prior joint statement the countries had signed lambasted Turkey over human rights violations connected with the Kavala case, and further charged Turkey with backsliding in democracy and the legal rights of citizens. On Friday Erdogan lambasted the demand, saying "Those who defend this Soros leftover are trying to get him released. I told our foreign minister that we cannot afford to host them in our country." He questioned, "Why would the 10 ambassadors make such a statement?"