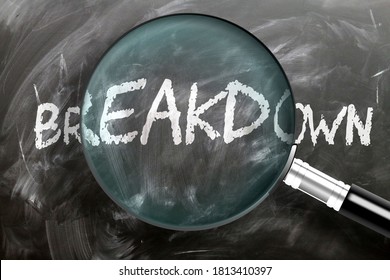 America is breaking down.

This breakdown—triggered by polarizing circus politics, media-fed mass hysteria, racism, classism, fascism, fear-mongering, political correctness, cultural sanitation, virtue signaling, a sense of hopelessness and powerlessness in the face of growing government corruption and brutality, a growing economic divide that has much of the population struggling to get by, and militarization and militainment (the selling of war and violence as entertainment)—is manifesting itself in madness, mayhem and an utter disregard for the very principles and liberties that have kept us out of the clutches of totalitarianism for so long.

In New York City, for example, a 200-year-old statue of Thomas Jefferson holding the Declaration of Independence will be removed from the City Council's chambers where it has presided since 1915. Despite Jefferson's many significant accomplishments, without which we might not have the rights we do today, he will be banished for having been, like many of his day, a slaveowner. Curiously, that same brutal expectation of infallibility has yet to be applied to many other politically correct yet equally imperfect and fallible role models of the day.

In Washington, DC, a tribunal of nine men and women spoke with one voice to affirm that the government and its henchmen can literally get away with murder and not be held accountable for their wrongdoing. The Supreme Court's latest rulings are yet another painful lesson in compliance, a reminder that in the American police state, "we the people" are at the mercy of law enforcement officers who have almost absolute discretion to decide who is a threat, what constitutes resistance, and how harshly they can deal with the citizens they were appointed to 'serve and protect."