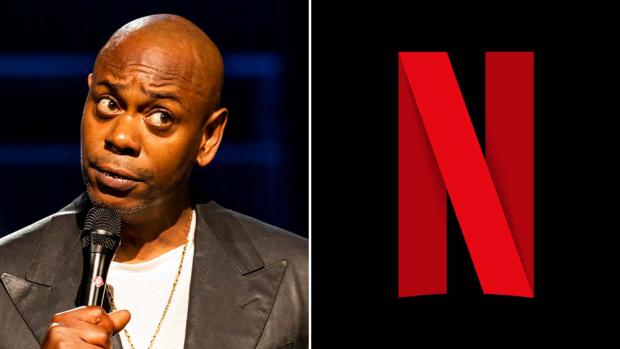 "What the fuck was that reaction?" Maher asked Friday. "Everyone needs to Netflix and chill the fuck out on this one."

"I'm a free-speech guy. Now, I'm Team Dave, but that doesn't mean I'm anti-trans. We can have two thoughts in our head at the same time."

"Words have meaning, but not anymore," Maher explained. "And when I hear, 'transphobic,' 'phobic' has a meaning, fear. I'm not transphobic if I merely disagree with you. It's not hate. I mean, here's what one of the reactions from someone who worked at Netflix said, this is not an argument with two sides. Well, right away, you lost me."

"It is an argument with trans people who want to be alive and people who don't want us to be," he continued. "Well, that's just ridiculous. Dave Chappelle does not want you to not be alive. It's just — and you're not automatically right if you're trans. You're completely equal, you're just not automatically right and it doesn't behoove everybody to get their mind around very new changes."

Maher then admitted that he doesn't agree with the gender-bending crusade waged by the radical left, but disagreeing doesn't make him transphobic.

"I mean, we were boy and girl for a very long time. It's only been ten years, since — how long have we had gay marriage? I mean, talking about the Democratic voter, I'm sure there's a guy in Ohio going, I just got on board with gay marriage, could you give me a minute?"

So… This Is The REAL REASON Trump Was Banned