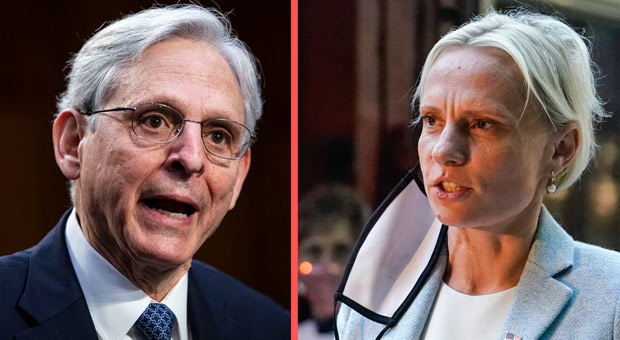 During Garland's testimony before a House committee on Thursday, Spartz told the AG that the "FBI is starting to resemble old KGB" under his leadership.

"Mr. Attorney General, as someone who was born in the Soviet Union, I am disturbed, very disturbed, by the use of the Department of Justice as a political tool, and its power as the police state to suppress lawful public discourse," she said.

"The FBI is starting to resemble old KGB with secret warrantless surveillance, wiretapping, and intimidation of citizens.

"It's interesting that during the Soviet era, the United States criticized the use of the domestic terrorism concept in the USSR as a tool to suppress free speech and political dissent," she continued.

"In your recent statement opposing the Texas anti-abortion law, you said it is the foremost responsibility of the Department of Justice to defend the Constitution.