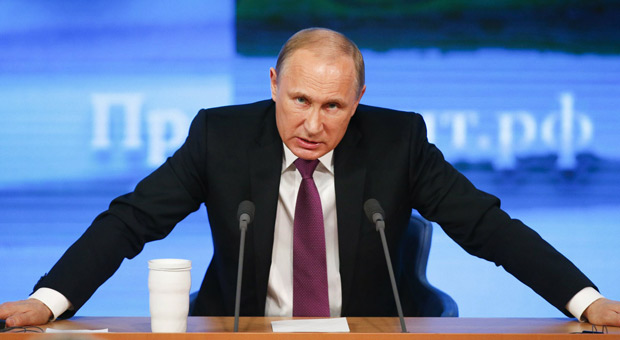 Russian President Vladimir Putin has slammed the ongoing push from the "woke" Left to interfere with children's biology by giving them life-altering sex-change treatments.

Russia's leader blasted efforts to change the gender of kids as a "crime against humanity."

He made the comments during a speech at the Valdai Discussion Club in Sochi on Thursday.

Putin argued that the move to eliminate gender-based language, teaching children that biological sex does not exist, is subverting human nature.

"The discussion about the rights of men and women has turned into a total phantasmagoria in a number of Western countries," Putin said.

He warned that such crimes against humanity are being done under the banners of progress, all while destroying family values.

"Those who risk saying that men and women still exist, and that this is a biological fact, are virtually ostracized," Putin said.

A crime against humanity done under the banners of progress - Putin on family values pic.twitter.com/Sm7BjdoZxT

Escalated Fake News About a Russian Threat to Invade Ukraine

Lavrov/Blinken Meeting Much Ado About Nothing

Russia Responds to Biden Regime War by Other Means