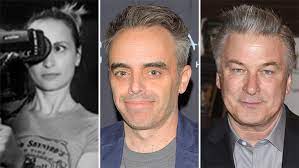 The director of photography for the feature film Rust, Halyna Hutchins, 42, died at University of New Mexico Hospital in Albuquerque, and director Joel Souza, 48, was taken to Christus St. Vincent Regional Medical Center, where he was receiving emergency care, the sheriff's office said.

"We're treating this as we would any other investigation," Ríos said, adding deputies were still trying to determine whether what happened was an accident.

New Hampshire is CRUSHING IT in National Rankings