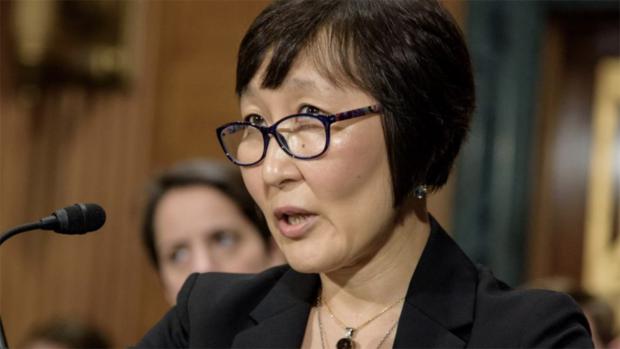 The  Cornell law professor educated in the USSR who has proposed that the Fed take over most retail banking activities from the private sector (which a Fedcoin - or ZuckCoin - just might help it to do) while wholeheartedly supporting the progressives' "Green New Deal" agenda.

This has, understandably, made many in both Congress, and the industry she is about to regulate, uncomfortable.

As we have reported, Omarova has previously favorably compared  the USSR to the US - at least when it comes to the "gender pay gap".

"Until I came to the US, I couldn't imagine that things like gender pay gap still existed in today's world. Say what you will about old USSR, there was no gender pay gap there. Market doesn't always 'know best,'" Omarova tweeted in 2019, adding (after receiving harsh criticism) "I never claimed women and men were treated absolutely equally in every facet of Soviet life. But people's salaries were set (by the state) in a gender-blind manner. And all women got very generous maternity benefits. Both things are still a pipe dream in our society!"

Additionally, as the Wall Street Journal editorial board notes, "Ms. Omarova thinks asset prices, pay scales, capital and credit should be dictated by the federal government. In two papers, she has advocated expanding the Federal Reserve's mandate to include the price levels of "systemically important financial assets" as well as worker wages. As they like to say at the modern university, from each according to her ability to each according to her needs."