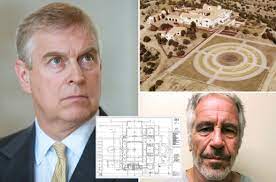 JEFFREY Epstein's notorious Zorro Ranch had three computer rooms "the size of houses" to spy on famous guests including Prince Andrew, one of the pedophile's victims has claimed.

Epstein reportedly had the warped idea of using the ranch for inseminating women with his sperm with the aim of creating a 'master race'.

The plans, obtained by The Sun, reveal a huge underground floor, around 8,000 sq ft in size, which includes exercise, massage and jacuzzi rooms, later transformed into a pool area.

National Police Association asks bystanders to step in and help if they see an officer...

Oakland security guard dies after the grandfather of three was shot while protecting a TV crew...

Waukesha and Kenosha Are Connected by Time, Geography and Intent to Create...