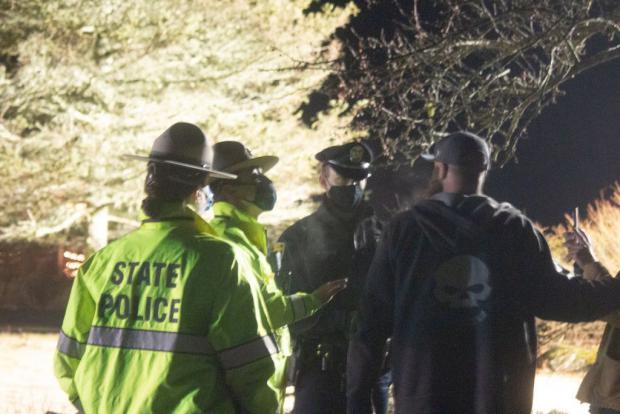 Point being this Governor has been using a heavy hand against nonviolent protesters for some time now including Frank Staples. Although it was not only Frank that was given a ticket that night. In total nine of us were charged with illegal picketing and Skylar Bennett was arrested:

"Skylar Bennett, 38, of Concord, said Wednesday he will contest his arrest on charges of criminal trespass and disorderly conduct at a candlelight vigil outside the home on Monday night."

They even ticketed a journalist! From that same article:

"The police department did not provide names other than Bennett's, but the NH Journal said one of its reporters, Chris Maidment, was given a summons, even though he repeatedly identified himself as a reporter covering the event. The Journal said it will contest the summons and fine."

Telegram: We the People of NH
Worldwide Demonstration New Hampshire