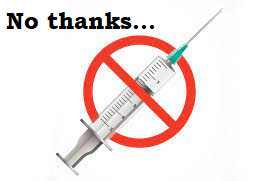 It has been reported to me by a top medical professional that the actual vaccination rate among most groups in America is being greatly inflated. This rings true in deep-blue California where Gov. Newsom flatly ordered all state workers to take the shot. While 60% might have "obeyed", at least 40% have not! Will Newsom fire the "deniers"? ? TN Editor

The COVID-19 vaccination rate is lower among California state workers than among the state's general population, according to data from the state Human Resources Department.

Fewer than two-thirds of state workers — about 62% — were vaccinated as of Oct. 7, according to preliminary figures provided by department spokeswoman Camille Travis. That compares to a rate of about 72% among all Californians, according to state data.

The employee data is incomplete, accounting for about 213,000 of the state's 238,000 employees, Travis said. But the relatively low rate identified so far suggests many workers weren't moved by Gov. Gavin Newsom's July orders to workers to get vaccinated or submit to regular testing.

Several of the largest state departments shared vaccination rates for their staff: 52% of California Highway Patrol employees, 60% of Department of Motor Vehicles employees and 60% of prison employees have received the shots. Caltrans reports a higher rate, with 70% of its employees vaccinated against COVID-19.