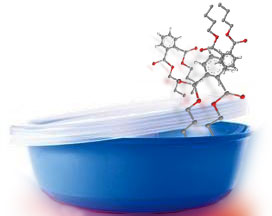 The research strikingly estimates up to 100,000 premature deaths in the United States every year could be attributed to phthalate exposure.

Phthalates are chemicals often added to plastics to make them softer and more flexible. They have been used in manufacturing for more than half a century and can be found in thousands of different consumer products.

"Things like shower curtains, boots, and IV tubing are made from that same hard white plastic that a plumber would use, but when you add about 30% by weight to it of a specific phthalate, you get soft pliable vinyl plastic," explains Russ Hauser, a researcher investigating the health effects of chemical exposure. "Phthalates are also used in many personal care products such as colognes, perfumes, soaps, and shampoos, in the coatings of some medications, and in vinyl tubing used for food processing."

Phthalates are well known endocrine disruptors, with extensive animal research showing exposure to the chemical can disrupt normal hormone function. The new study, published in the journal Environmental Pollution, set out to investigate the relationship between phthalate exposure and mortality.

The research investigated a nationally representative cohort of 5,303 adults aged between 55 and 64. Urine samples were analyzed to track phthalate levels, and mortality data was gathered from a follow-up period of around ten years.

"Our findings reveal that increased phthalate exposure is linked to early death, particularly due to heart disease," says Leonardo Trasande, lead author on the new study. "Until now, we have understood that the chemicals connect to heart disease, and heart disease in turn is a leading cause of death, but we had not yet tied the chemicals themselves to death."

Doctors on the Right Side of History and Medical Ethics

Pandemic of the Unjabbed?