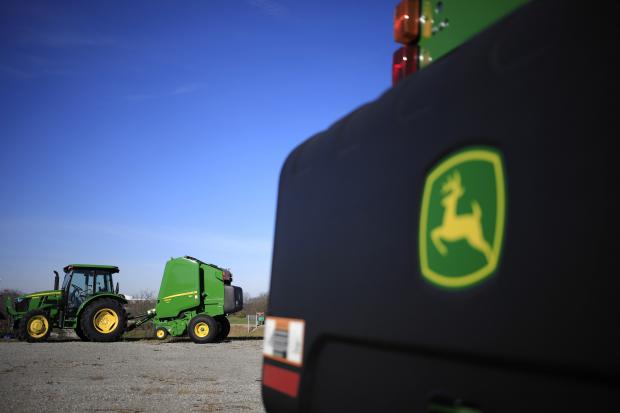 The latest strike has hit Deere & Co's agricultural machinery plants with as many as 10,000 employees walking off the job Thursday morning after union negotiators and Deere couldn't agree on a new contract proposal.

"Our members at John Deere strike for the ability to earn a decent living, retire with dignity and establish fair work rules," Chuck Browning, the director of United Automobile Workers (UAW) union's agricultural department, said in a statement.

"We stay committed to bargaining until our members' goals are achieved," Browning continued.

Ron McInroy, director of UAW Region 4, said, "pickets have been set up, and our members are organized and ready to hold out and fight for a contract they believe meets their needs."

"Our members and their families appreciate the community support they have already gotten. Strikes are not easy, but some things are worth fighting for," McInroy said.

As many as 10,000 workers are striking at various Deere agricultural machinery plants.

"These are skilled, tedious jobs that UAW members take pride in every day," said Mitchell Smith, UAW Region 8 director. "Strikes are never easy on workers or their families but John Deere workers believe they deserve a better share of the pie, a safer workplace, and adequate benefits."

On the news, Deere shares initially slid 2% at the open of the US cash session, only to bounce 3% by late morning.

Jefferies analyst Stephen Volkmann told clients in a note that he doesn't expect significant headwinds to Deere's profitability due to the strike.

"Bottom line, we do not expect meaningful headwinds here," Volkmann said, adding that Deere would be motivated to settle the strike as soon as possible given the strong demand for its tractors and profit environment and its history of resolving labor issues with unions.