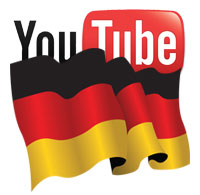 Outrage over YouTube censor of Corona and government-critical videos made by dozens of leading German actors.

"YouTube is no Truth Commission"…court rules against social media giant.

Dozens of prominent German actors have banded together as part of the "allesaufdentisch" (everything on the table) freedom of expression campaign to demand a more open discussion on the Corona virus and the controversial government policies, rules and regulations. Their statements were posted in the form of short videos on YouTube.

In the recent months, views critical of government Corona policies and vaccines have been suppressed by the major media.

At their allesaufdentisch site, the group of leading actors, performers, artists state: "We are watching the development of political action in the Corona crisis with increasing concern. Many experts have not yet been heard in the public Corona debate. We would like to see a wide-ranging, fact-based, open and factual discourse and also an equally wide-ranging discussion of the videos."

Not surprisingly, YouTube has since moved and taken down some of the videos, citing totally vague reasons such as "violating community guidelines."