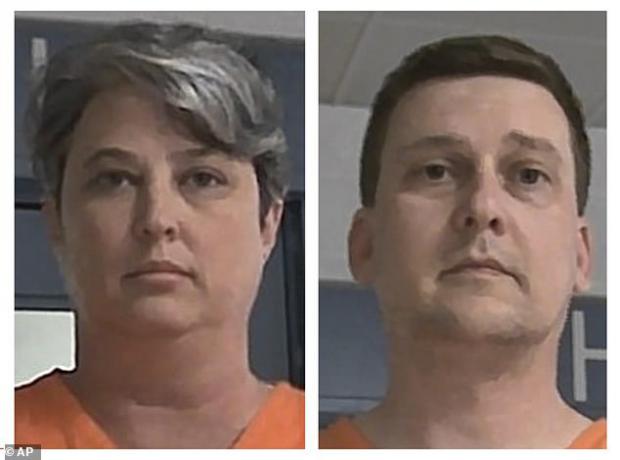 A Navy nuclear submarine engineer smuggled secret documents out of work page-by-page to sell to foreign spies, invited them to meet him for a drink, and thanked them for offering to 'extract' him from the US, court papers claim.

Jonathan Toebbe, 42, and his 'woke' wife, Diana Toebbe, 45, are accused of violating the Atomic Energy Act - which restricts the disclosure of information related to atomic weapons or nuclear materials.

The couple, from Annapolis in Maryland, allegedly attempted to provide information relating to stealth technology for nuclear submarines to an unidentified foreign nation.

They are said to have offered material on Virginia-class submarines to an unnamed foreign power in April 2020.

That country's officials didn't reply, and instead turned over the evidence to the US in December 2020. Officials subsequently pursued the couple using undercover FBI agents posing as foreign spies from the nation they'd contacted, it is claimed.

In a letter outlining what classified information he had obtained, Jonathan, who spent two years working on nuclear reactors in Arlington, Virginia, is said to have explained how he meticulously smuggled documents over the years.

'This information was slowly and carefully collected over several years in the normal course of my job to avoid attracting attention and smuggled past security checkpoints a few pages at a time,' he wrote.

'I no longer have access to classified data so unfortunately cannot help you obtain other files. But I can answer your experts questions using my own knowledge, if we can establish a secure and confidential means of communication.'
He is also said to have suggested meeting his handler for a drink after their 'mission was complete.