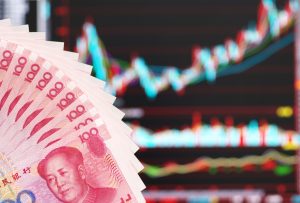 Local producers did not need a second invitation to do just that, and in less than two weeks, the Chinese thermal coal futures have soared by over 16% to an all time high, spiking above 1,500 yuan per ton overnight, where the jump triggered even more stops ensuring that the move higher would continue.

The move in Chinese coal prices, seen in its long-term context, has been nothing short of staggering.

But while we can certainly admire the view from up there, that doubling in coal prices in just the past month is terrible news for Beijing which is under increasing pressure to cut rates or ortherwise ease financial conditions to contain - or "ringfence" in the parlance of our times - the "disaster" taking place in the Chinese bond market, the commodity price inflation means Xi's hands may be tied for one simple reason.

Historically, Chinese coal prices - due to their core role as the anchor of China's energy-intensive economy - have been the asset the most closely has correlated with Chinese wholesale, or factory gate inflation, also known as Producer Prices. And while we wait to get the latest Chinese CPI and PPI print this week, we can already predict what it will be either next month or the month after.

While coal prices were relatively contained one month ago, they have since then exploded. And if the historical correlation between Coal prices and PPI holds, were may be soon looking at a tripling of China's PPI, which from 9.5% Y/Y in August, is about to soar to 30% or more.