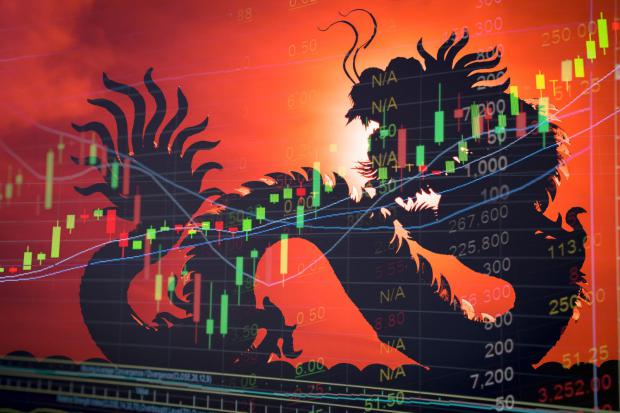 In the aftermath of our viral post ""Catastrophic" Property Sales Mean China's Worst Case Scenario Is Now In Play", China property firms bonds were hit with another wrecking ball on Monday as Evergrande was set to miss its third round of (offshore) bond payments in as many weeks and rival Modern Land became the latest scrambling to delay deadlines.

But while Evergrande's default is now just semantics, and one week after Fantasia shocked bondholders with a surprise announcement it too would stuff creditors just weeks after it had said its liquidity was fine, which sent its bond plunging from par to 74 cents in seconds...

... other signs of stress included smaller rival Modern Land asking investors to push back by three months a $250 million bond payment due on Oct. 25 in part "to avoid any potential payment default." This was not expected, and Modern Land's April 2023 bond plunged more than 50% to 30 cents on the day.

Elsewhere, Xinyuan Real Estate proposed paying just 5% of principal on a note due Oct. 15 and swapping that debt for bonds due 2023. Fitch Ratings called the move a distressed debt exchange while downgrading the firm to C. At least the two companies are relatively small: Modern Land and Xinyuan have $1.35 billion and $760 million of dollar bonds outstanding, respectively, according to data compiled by Bloomberg. In comparison, Evergrande has $19.2 billion.