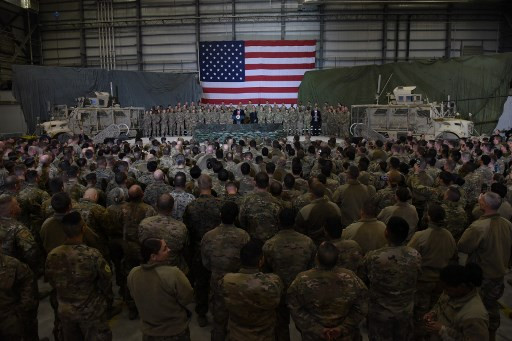 An important aspect of the US withdrawal was closing Washington's bases, which once spread across the country. Uncle Sam left Bagram Air Base, America's biggest facility in Afghanistan, on his way home.

However, some 750 American military facilities remain open in 80 nations and territories around the world.

No other country in human history has had such a dominant presence. Great Britain was the leading colonial power, but its army was small. London had to supplement its own troops with foreign mercenaries, as in the American Revolution. In wars with great powers Britain provided its allies with financial subsidies rather than soldiers.

Previous empires, such as Rome, Persia, and China, were powerful in their own realms but had little reach beyond. The latter never reached outside Asia. Persia was twice halted by the Greek city states. As great as Rome became, its writ never went much beyond the Mediterranean, with Central Europe, North Africa, and the Mideast its boundaries. The New World remained beyond the knowledge let alone control of all three.

A new Quincy Institute study by American University's David Vine and World Beyond War's Patterson Deppen and Leah Bolger details the global US military presence. Washington has nearly three times as many bases as embassies and consulates. America also has three times as many installations as all other countries combined. The United Kingdom has 145. Russia two to three dozen. China five. Although the number of US facilities has fallen in half since the end of the Cold War, the number of nations hosting American bases has doubled. Washington is as willing to station forces in undemocratic as democratic countries.

The study figures the annual cost of this expansive base structure to be about $55 billion. Adding increased personnel expenses takes the total up to $80 billion. Wealthier countries, which needlessly enjoy what amounts to defense welfare, typically cover a portion of the cost through "host nation support." Not so Washington's newest clients. Indeed, through the Global War on Terror over the last two decades the US military spent as much as $100 billion on new construction, mostly in countries, like Iraq and Afghanistan, which were financial black holes.