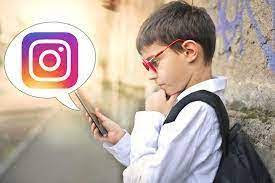 Facebook's Instagram announced Monday in a blog post that it has finally abandoned its ill-fated "Instagram Kids" service which was supposed to create a parallel version of the service for children under the age of 13.

But somewhere along the line, as the backlash to the harms social media allegedly causes to teenage mental health and self esteem intensified, Facebook scrambled to find a solution that would, first and foremost, protect its bottom line by retaining its access to this massive pool of users. Thus, "Instagram Kids" - targeted at children under the age of 13  - was born.

It was immediately controversial, with the AGs asking Facebook to abandon the project (officially, one must by 13 or older to have a social media account on most services, yet kids can easily lie about their age online, and have been doing so for years) and numerous parental groups also criticizing it.

Snapchat is FINALLY back up following a four-hour outage that left users...

Another Facebook whistleblower says she is willing to testify before Congress