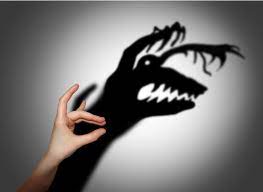 America is in the midst of an epidemic of historic proportions.

The contagion being spread like wildfire is turning communities into battlegrounds and setting Americans one against the other.

Normally mild-mannered individuals caught up in the throes of this disease have been transformed into belligerent zealots, while others inclined to pacifism have taken to stockpiling weapons and practicing defensive drills.

This plague on our nation—one that has been spreading like wildfire—is a potent mix of fear coupled with unhealthy doses of paranoia and intolerance, tragic hallmarks of the post-9/11 America in which we live and the constantly shifting crises that keep the populace in a state of high alert.

Everywhere you turn, those on both the left- and right-wing are fomenting distrust and division. You can't escape it.

The strategy is simple yet effective: the best way to control a populace is through fear and discord.

Foreign Actors Behind the Revolutionary Curtain