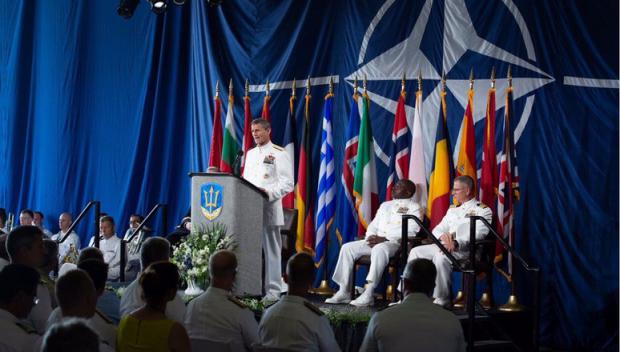 Without fully understanding its long term implications or its ultimate impact upon the entire planet, the American colonists knew instinctively, as if directed by divine guidance, that in order to free themselves from the strangling yoke of the British Empire, they had the right, the duty to establish their own country based on natural law, to define their own borders, to create their own laws and their own authority.

Little did those Founders of what became the greatest country in the world realize they had birthed the essential concept of national sovereignty as a self-governing ideal for an American Republic which would then become the motivation for many  countries around the world to emulate.

The rest, as they say, is history.

Fast forward two hundred years as US sovereignty is threatened today at multiple levels.  In what may be another chapter in the formation of a New World Government, the question remains how NATO asserted its omnipotent authority to establish a new Atlantic Command at the Norfolk Naval Base with the apparent acquiescence of the US military and Congressional leadership.

Insider Trading… Why Politicians Can Do it and You Can't

Who Writes the Laws?