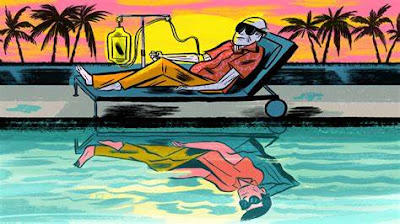 Even over in England the Queen is 95 years old, and her husband who recently passed was 99 years old.

I could go on and on and on just using American politicians, current and former, but the point is their average life span appears to be far longer than the general populace, moreso than what superior medical care can explain.

Many would argue that members of congress and world leaders have access to better healthcare than the average citizen, and that is a point well made, but the largeness of the average gap between the so-called "elite" lifespan in comparison to the rest of the population, goes far past that argument.

What use to be mocked as a "conspiracy theory," has now been reported by multiple news outlets including New York Times, New York Post, Newsweek, BBC, and many others.

Using young blood to prolong the life of the older.

Why Are Vaccinated People Getting Cancer After The Jab?

Magnets & the Promise of Levitating Trains

an epidemic of the vaccinated