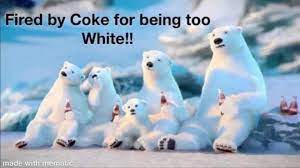 Think about this.  You are a person with the desire and discipline to master a musical instrument and become a member of a performing orchestra.  You have done well and have been a long-time member of the orchestra of the English Touring Opera, but suddenly you and half the orchestra get messages that you count for nothing and are fired because you are the wrong color.

Pick any professional occupation, and you get the same result.

So much for "white privilege."

"Increased diversity" is merely a code word for sidetracking white people and depriving them of career and livlihood.  As I pointed out in my book, The New Color Line (1995), the regime of racial quotas established, illegally, by the EEOC was intentional reverse discrimination in which the coercive  power of government was used to discriminate against white people. The way the Civil Rights Act was enforced undermined the 14th Amendment it was supposed to support.  My book got rave revenues even from the liberal media, but nothing was done to correct the situation.