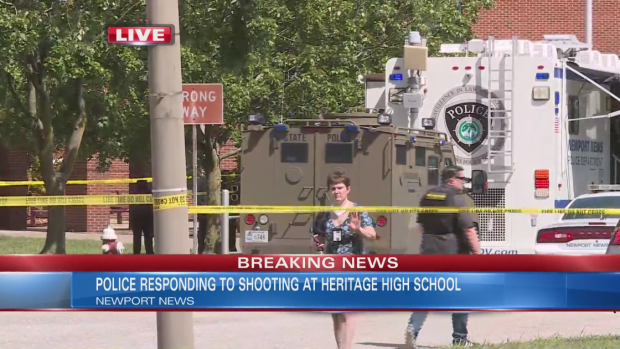 Police are responding to a school shooting that has been described as a "mass casualty event" at Heritage High School in Newport News, Virginia.

The suspect is not currently in custody.

WPXI reporter Gordon Loesch had tweeted that police were referring to the incident as a "mass casualty event," but that does not appear to be the case at this time.

"The most recent update came in at 1 p.m. and police said the two victims' injuries were not believed to be life-threatening. Rumors that there were active shooters at other schools are false, police said," according to a report from WAVY.

Students were seen running from the building and are being evacuated to the tennis courts where parents can go pick them up. It is unclear if there are still students inside.