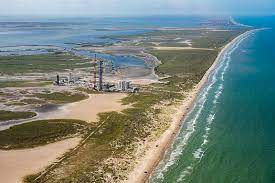 The long-awaited procedural step is the first of several regulatory hurdles that SpaceX must clear before obtaining final permission to launch its Super Heavy booster and Starship upper stage from a site near Boca Chica, Texas. Such a launch likely remains months away, but it now appears that the feds will ultimately greenlight South Texas for orbital launches. That seemed far from assured before today.

For the large majority of these analyses, the FAA document finds "no significant impacts." The impact of noise to surrounding communities, including South Padre Island located several miles away, was believed to be one of the biggest concerns. But an independent assessment found noise levels to be manageable.

Supporters and opponents of SpaceX launch site air their concerns

Supporters and opponents of SpaceX launch site air their concerns

Russian space movie director says moon or Mars could be next